The fines are piling up, so I’m going to do a quick review and cover three library books before they open the Burgess wing of the Okemos Public Library.  (Library fines = still cheaper than buying everything you want to read! 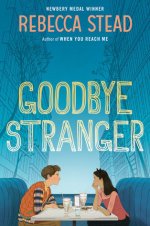 First up:  A YA book titled Goodbye Stranger, by Rebecca Stead.  Bridget Barsamian, still on the wrong side of puberty but looking across the abyss, survived a deadly accident a few years ago.  Now she wonders, why?  Is there something special she is meant to do?  Bridge navigates the murky waters of middle school, where the cool kids seem unattainably cool, the teachers seem irrepressibly quirky, and long-time friends change before your eyes.  The good news is that guy you’ve always kinda been friends with is looking attractive to you in an unusual and hard-to-understand way.  Stead has a wonderful way of revealing character through plot and alternates the point of view throughout to excellent effect.  I’ve read lightly in the YA field but this is one that’s very worthwhile! 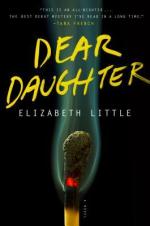 Can you say unreliable narrator?  If you love a suspense novel with a main character who is not necessarily to be trusted, you’ll enjoy the second book:  Elizabeth Little’s Dear Daughter.    Janie Jenkins – former edgy teenage bad girl – is just out of prison, having done ten years for the murder of her mother, socialite  Marion Elsinger.  Now she’s on the run from the paparazzi and on the trail of her mother’s past.  Did she kill her mom?  If not, who did?  And if she didn’t do it, why did her mother write Jane’s name in blood on the floor, even as her life ebbed away?  A strong voice, solid characters, twisty plot that comes together believably in the end – all makes Dear Daughter a thumbs up.

Last but not least is Stuart MacBride’s The Missing and the Dead, featuring the ever-hilariously effective despite himself Scots detective Logan MacRae.  I’ve written about MacBride’s series before, here, and I was looking forward to the latest entry (book #9).  Almost 600 pages later, I closed the book and wished it were longer.  MacRae’s been transferred to divisional policing, and he’s on the job when a little girl’s body washes up outside town.  Getting an identification is going to be tough, and MacRae is soon playing nursemaid of a sorts to a lovely, sad woman named Helen, whose daughter is missing.  She both hopes and fears that the body is her daughter’s.   As usual, Logan MacRae bucks the wishes of his superiors to investigate a pedophile ring, and as usual, manages to pull it off with no permanent damage to his own career.  On hand is the irascible DI Steele (happily married lesbian, with two kids thanks to Logan) and an assortment of capable coppers, hapless citizens and various lowlifes.  It’s a terrifically engaging and humorous police procedural.