More fun with that f*in’ Flowers 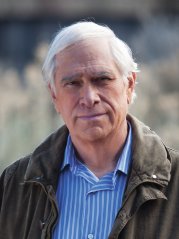 So, everybody knows John Sandford, right?  Tall, rugged-looking guy, Pultizer-prize winning journalist, modest demeanor, writes about fourteen books a year, all of which end up on the New York Times best seller list?  (Okay, it’s his real-life persona, John Roswell Camp, who won the Pulitzer and he doesn’t actually publish fourteen books a year – it’s just 31 novels since 1989.)  He’s got a new one out, and it features Virgil Flowers.   If Lucas Davenport is the urbane, big-money family man, Virgil’s his rough-edged, woman-loving cousin.

In this post, I likened Virgil to Jimmy Buffet.  I also think Matthew McConaughey could take the movie role, slipping easily into Flowers’ classic rock-n-roll T-shirts.  (Click here for a list of said t-shirts.)

Now there’s a new Virgil Flowers novel out, just as rollicking and convoluted as ever. 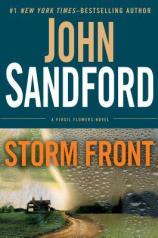 Jones’ goal is to ransom the artifact to the highest bidder, thereby securing the future of his Alzheimer’s-stricken wife, who is going to need a lot of very expensive care after her husband’s death.  Of course, this being a Virgil Flowers novel, there’s a whole cast of unusual characters, including a faux-historian from the Israel Department of Antiquities (Yael Aronov One) who’s so fit and kick-ass that we’re not surprised too much when we find out she’s really probably from Mossad, the real Yael (known as Yael-Two, and much dumpier and home-loving than Yael One).  Also: Tag Bauer, an enterprising TV showboat of a “field archeologist,” various spies and hit-men, the above-named buxom criminal with previously unknown ties to Elijah Jones, and Jones’ daughter, Ellen, who insists that her father, despite his end-of-life larceny, is not a bad man.

As always, several of the characters are charmingly over the top,  the reader is required to wend her way through a labyrinthine plot, and all’s well that end’s well at the conclusion.  Some folks don’t care for this:  on Amazon today, although there are 206 five-star reviews, there are also 72 one-star reviews.   Put me solidly in the three-star territory… you’re not going to learn a lesson of any kind in a Virgil Flowers novel, and there’s no character development to speak of, but you are going to have a heck of a ride.