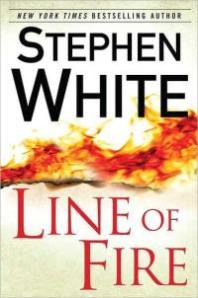 I’ve loved crime novelist Stephen White’s series featuring psychologist Alan Gregory. With the publication of the 19th book in the series, Line of Fire, White announced that the 20th book would be the final one. White is moving on.  And that’s okay with me.

Gregory has always been an interesting character and surrounded by interesting people.  This includes his wife, Lauren, who is lovely, a district attorney and has multiple sclerosis.  His friend Sam Purdy, a smart, tough, and rules-bending (and how!) cop.  His partner Diane and her financial whiz husband, Raoul.  And of course, the various friends, patients, family members and others who populate the books.

Over the course of the series, Alan Gregory and his loved ones have been threatened by evil-doers.   I get that – it ratchets up the suspense and the thrill of the thriller.  And generally the careful plotting, tight writing, and furious pacing of the books keep me fully engaged and overlooking any flaws.  But In the Line of Fire was a book where coincidences and idiotic behavior play too big a role.

Ignore the fact that the book ends abruptly, Gregory’s wife Lauren rushed to the hospital, with the reader unknowing whether she lives or dies.  I figure that is a decision made to make sure we all rush out to buy the 20th book the moment it becomes available.  Or maybe he wrote it as one big book and the publisher decided to make it two, kind of like the studio stretching The Hobbit into three movies.

Here’s the scoop:  In a previous book, Sam killed somebody and Alan helped him cover it up.  The dead woman deserved it – her plan was to make Sam and Alan suffer by killing their children.  It looked like a suicide and that’s what it was classified as… but now it’s being re-opened.  Evidently there are questions.  Sam was seen, in a Tyvek suit and driving Alan’s car (!).  How can they avoid going to jail?  Can Alan let Sam take the fall without him?  He didn’t really know what Sam was going to do.  And they both have kids!  Somebody has to take care of the kids.  With this terrible situation going on, what do they do?  Of course! Talk to each other about it in a hospital room where a patient – who has severe facial injuries, thus ensuring that Alan won’t recognize him later – is in a coma.  Or is he?  Clearly not, because later in the book, he shows up as a new patient in Alan’s office and ultimately tries to blackmail him.  Oops.  (The accident exists – and Alan was there – for the single purpose of plot complication.)

But one bone-headed error isn’t enough.  Alan has to grill his wife for info about the investigation, and then  get on his bike, ride over to the dead woman’s neighborhood, and pump the landlady for info.  Cleverly gives her a fake name and HIS REAL CELL PHONE NUMBER.  Oy.

Plot thread #2:  Attractive, but information-withholding woman becomes Alan’s patient (thus making her the second mystery patient and Alan the single most gullible psychotherapist in Denver).  Not sure where the referral comes from, or even if she is giving him her true name and not really sure what the problem is because she wants to talk about a “hypothetical” situation.   She has a friend who may be at the end of his rope, he’s having money troubles, she’s worried he’s going to kill himself.   Alan lets the woman manipulate him, suspense builds.  Becomes apparent that she is a “kept” woman with two keepers, one a guy she fears she could love and one the “buffer.”   We think one of the guys might be Diane’s husband, Raoul.  But which one?  And she’s pregnant!  Is he the dad?  And what’s Alan supposed to do about this, anyway?  Evidently he’s supposed to solve this problem for… wait for it… his partner, Diane.  She’s gone off the deep end.  I’ve already revealed a lot of plot, but for those who want to be surprised, stop here.  You get the point. 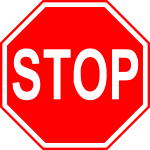 Yes, Raoul is a serial philanderer, Diane found out, knows about mystery woman, expects Alan to do something about her, and when he doesn’t, Diane comes into Alan’s office where she sees the woman and Alan deep in psychotherapy (she thinks).  She shoots the woman!  and rushes out, not realizing that she hasn’t killed her rival, but instead, shot her dear friend Lauren.  Another oy.

Wrap-up:  So, all in all, the book was a bit of a knotty thrill ride.  I enjoyed it at the time, with some nagging “what the hecks?” as the plot progressed.  When I got to the end, I didn’t quite throw the book out the window (as Bradley Cooper’s character does in Silver Linings Playbook, when he finishes A Farewell to Arms and registers his disgust with the tragic ending).  But I was disappointed.  I will read the final Alan Gregory book, if only to see how the author ties up the loose ends.  Perhaps what felt like shark-jumping in #19 will be pulled into elegant resolution in #20.

PS:  Definitely go see Silver Linings Playbook.  Funny and romantic, it’s not a formulaic rom-com and the acting is amazing.  It also features a shrink.  Pay special attention to Robert DeNiro as the dad.

This entry was posted in Commentary, Review and tagged Alan Gregory series, In the Line of Fire, Review, Silver Linings Playbook, Stephen White, The hobbit. Bookmark the permalink.