Entering the fray for the Mystery Writers of America Edgar Award for Best Novel is M.J. Carter’s The Strangler Vine.  I admit that I was less than enthusiastic when I started this book – historical!  (groan) – India!  (double groan).  But Carter has won me over.

The book starts with a prologue- rarely a good beginning, in my opinion – of a man returning to his lodgings.  It’s June, 1837, and he watches from the shadows as intruders ransack his home, then ring the neck of his monkey.  Who is this guy? What’s going on?  And why am I sad about the darn monkey?   I don’t even know him.

Jump forward to September and we’re in first person.  William Avery is a none-too-lucky young officer, stuck in India, and volunteered by his pal Frank McPherson to pay a call upon Jeremiah Blake, carrying a message from the Company.  Blake’s a former special agent gone native following the death of his Indian bride and their son in childbirth.  As Avery is all spit and polish, he is appalled by the filthy and scabrous Blake.

Little does he know that within 50 pages or so he will be developing a great admiration for Blake’s abilities, as they set off together cross country on a quest to locate author Xavier Mountstuart.  Mountstuart is conducting research for a book on the Indian band called the Thugs, a religious sect who murdered in the name of Kali, the Hindu goddess of death and destruction. Blake and Avery are accompanied by three native men, one of whom, Mir Aziz, becomes a mentor to Avery.

The book is, without a doubt, a great adventure story.  How will they overcome all the obstacles in their way?  Will they find Mountstuart, and if so, alive or dead?   But it is also a spy novel, where all is not as it is appears.  In fact, there are secrets layered upon secrets.  And indeed, the Thuggee are not to blame for all the unrest in India, for as with any good political thriller writer knows, nothing allows fascism to grow more quickly than a fearsome, common enemy.  And there is nothing more heart-rending than betrayal by a double agent counted a friend.  The Strangler Vine in question is the authoritarian British company, squeezing the life out of the Indian culture.

As I mentioned, Carter made a believer out of me, drawing me in to the story and keeping the pages turning.  Lt. Avery grows up, from callow youth to mature man, over the course of his adventure, showing remarkable fortitude and skill when tested.  He does not triumph so much as eke the good out of a bad situation.

How does The Strangler Vine compare to Robotham’s Life or Death?  It’s like comparing cake and pie – totally a matter of taste, as both are at the top of their game.   As a cake woman, I have to give the edge to Life or Death, but I admire the pie and would totally eat more of it. 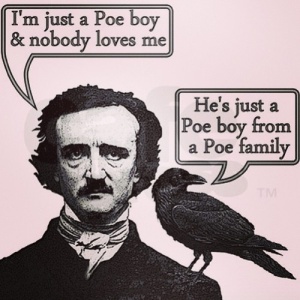