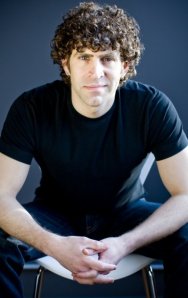 Marcus Sakey seems to have it all going on lately!  He’s built a reputation for solid crime fiction, is the host of Hidden City on the Travel Channel, is a frequent panelist and faculty member at fan and writing conferences, and (I can attest) is super-engaging on Facebook.  And he’s really knocked it out of the park with his latest novel, a genre-bending mash-up of thriller and sci-fi, Brilliance.

Protagonist Nick Cooper is one of the 1%.  Not the 1% of wealthiest Americans, but the 1% of Americans born since 1980 with a special ability – Nick is “brilliant” at instantaneously evaluating what people will do, and getting there before them.  This physical gift makes him especially skilled in physical combat.  Others of the 1% have other gifts.  With the exception of their particular gift, the “brilliants” are normal. 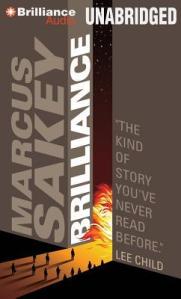 Not surprisingly, the 99% fear and want to control the 1%.  Surprisingly, Nick’s an agent with the Department of Analysis and Response – the federal agency charged with identifying, finding, and neutralizing those gifted who resist control:  terrorists.  Nick’s so committed that he goes undercover to hunt the uber-terrorist John Smith, leaving behind his wife, his kids, his partner and his colleagues in a desperate bid to simultaneously save the country AND keep his tier-one talented daughter in the family.  (Gifted children are taken away and sent to  a special training academy.)   The stakes are high.

And, of course, complications ensue.  Nick may be gifted, but he’s not all-knowing, and it takes a while for him to recognize  that the DAR is not what it purports to be.   He’s undercover, on the run, with a new love interest.  Terrible things happen and he’s responsible for many of them.   The final scenes are fraught with tension, as Nick must draw upon the strength of his friendship with his former partner to win the day.  Does he win it?  Yes, for now.  But Brilliance is clearly the first book in a planned series.

My recommendation:  get the book and spend Sunday in Sakey’s world.  Want more insight into the book?  Here’s a link to an NPR email interview with the author.